6 Tips For Creating Your Characters For Novels 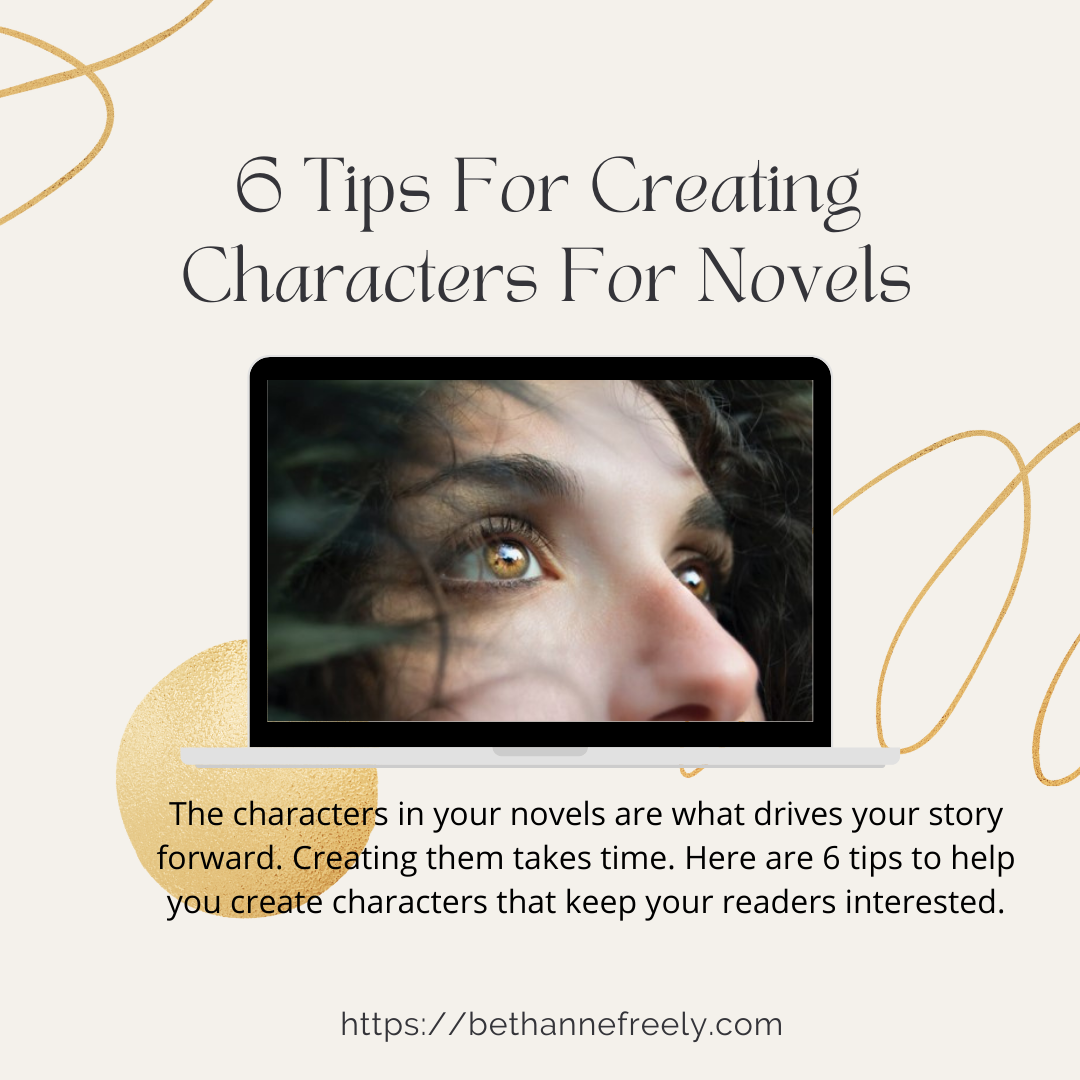 The characters in your novels are what drives your story forward. Creating them takes time. Here are 6 tips to help you create characters that keep your readers interested.

It doesn’t matter if you use a character creation worksheet or jot down notes about them, creating a character takes time and patience. The characters in your novels are as complex as you and I. They can be imperfect and immoral. Or they can be saints and next to godliness. No matter which way they go on the compass of good and evil, flesh them out properly.

In creating characters, the adage of “write what you know” is an excellent rule to follow. Infuse your characters with a touch of yourself. For example, in my novel Behind the Eyes of Dorian Gray, my character Rachael is a novelist, just like me. Give the qualities and passions of your character that you are familiar with, but don’t be afraid to research others that spark your imagination while creating them.

TIP #2: KNOW HOW YOUR CHARACTERS RELATE TO THEIR PHYSICAL WORLD

Every writer reveals details of their character differently. Some reveal them by showing the reader they love to eat. Others reveal a dandy by their colorful clothing. Maybe your character walks with a limp, which makes it hard to go up and downstairs. While creating your character, know how they relate to their physical world and reveal those traits as you write your novel.

A fun example of this that I like to use is one from televisions Doctor Who. Every time a new actor comes aboard to play the character of the Doctor (when he “regenerates”), they go through a moment where they feel their face and comment on the changes, usually in a funny way. David Tennant’s 10th Doctor asks if he is a ginger and then laments over this when he finds out he’s not.

TIP #3: EQUIP YOUR CHARACTER WITH THE SKILLS NEEDED TO EXIST IN THEIR WORLD

Say one of your characters is a heart surgeon and they need to perform surgery to save a life. Does he or she have the skills to do it? Do they know what equipment they need to use to do a bypass? While you may not need to go into intricate detail about heart surgery in your novel, research what it takes and make sure your character has that knowledge. It makes little sense to have a therapist suddenly performing heart surgery… unless you’re creating that character for some far distant future and they are the closest thing to a heart surgeon you have.

You want to keep your readers invested in your characters. One way to do this is to make them memorable. Give them a trait or quirk that sticks in the reader’s mind. For example, in Behind the Eyes of Dorian Gray, Dorian is a ghost. In my second published novel, The Legend of Captain St. Pierre, twin Branwyn St. Pierre speaks with a Scottish brogue because her crew is mostly Scottish. Her twin speaks with a French accent as someone schooled her on Martinique. Why was Harry Potter memorable? He had a lightning bolt scar on his forehead. You get the idea.

TIP #5: USE YOUR CHARACTER’S INNER CONFLICT TO REVEAL WHO THEY ARE

Minor characters are a fantastic way to help your characters come alive. You could tie their backstory into your character’s history, shaping them into the person they are today. Take Dorian Gray. In my novel, Oscar Wilde is a minor character, but he helped shape my Dorian into the character he became. Minor characters can engage in dialogue and situations that flesh out your principal character. Don’t be afraid to use them.