What Inspires Your Writing?

Writing inspiration comes from a variety of places and while we may share those places with other writers, each one is still unique to the individual.

People ask me all the time, “What inspires your writing?” It’s not an easy question to answer. There are a lot of things that inspire my writing, a lot of things that get the creative juices flowing, the handwriting, fingers typing, words appearing on the page. Inspiration can be found anywhere: from a nature walk in the woods to a single piece of music from a movie or your favorite band.

Many writers, when talking to other writers, find that they share many of the same sources of inspiration. However, it’s still very unique. We don’t all read the same books. We don’t all listen to the same music, or walk the same nature path, or live in the same city. Yet sharing with each other what inspires our writing opens the door to finding new inspirations that you may not have realized were there.

What inspires my writing? Let’s take a look. 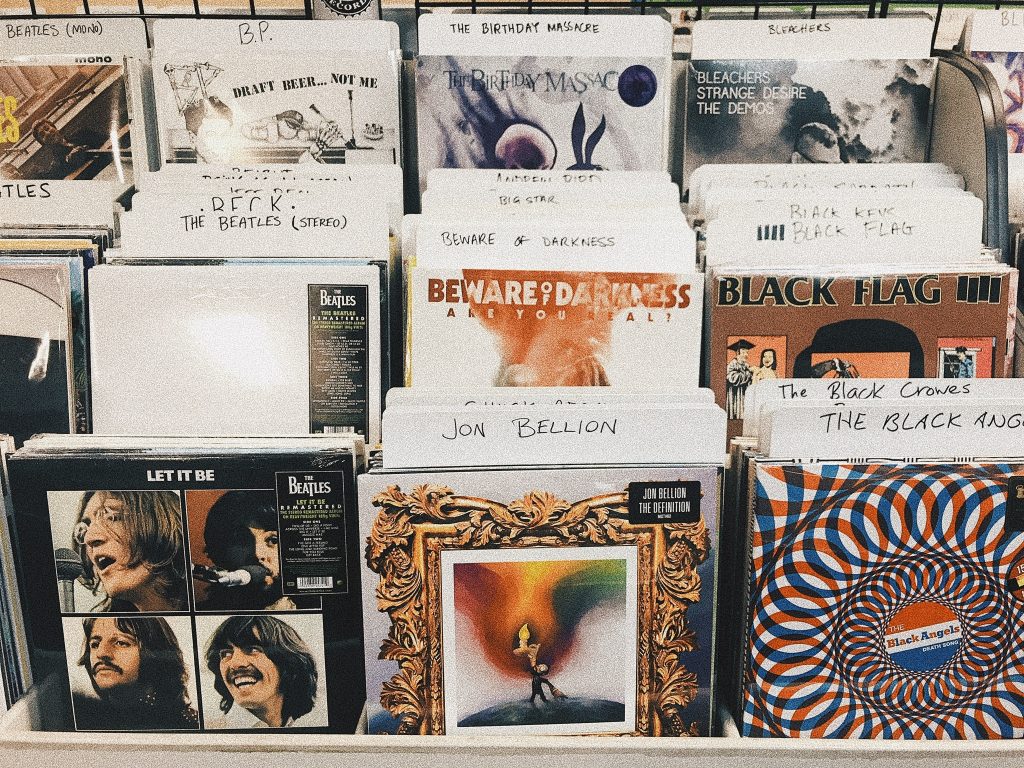 I love all types of music. Once upon a time, I would’ve told you that I didn’t like jazz or rap, but as I have gotten older, I have found that both have a place in my music collection. If you were to look at my Spotify, you might find it interesting and eclectic. I have everything in there from Celtic music to movie scores to K-Pop, 80s hairbands and more.

What is even more interesting are the various playlists I have developed for the novels I am working on. For example, my “Agency” playlist has everything from dub-step to classical. It represents the different agents in the series that have I plotted out. That one is probably the most eclectic of them all. I have one playlist that is nothing but country music simply because the hero of the novel is very much the modern cowboy type.

Out of all the things I find inspiration in, music is probably the most predominant. As I was driving to work this morning, I was listening to the score to the new Marvel movie, Black Panther. Right off the bat I had the image of an adventurer in an old-fashioned French pith helmet, khaki shorts, and tan linen shirt pop up in my head. I’m not sure where he is going or what his story is, but I’m eager to find out.

If you haven’t had the chance to listen to the music from this movie, I encourage you to check it out. You might find some inspiration where you least expect it. 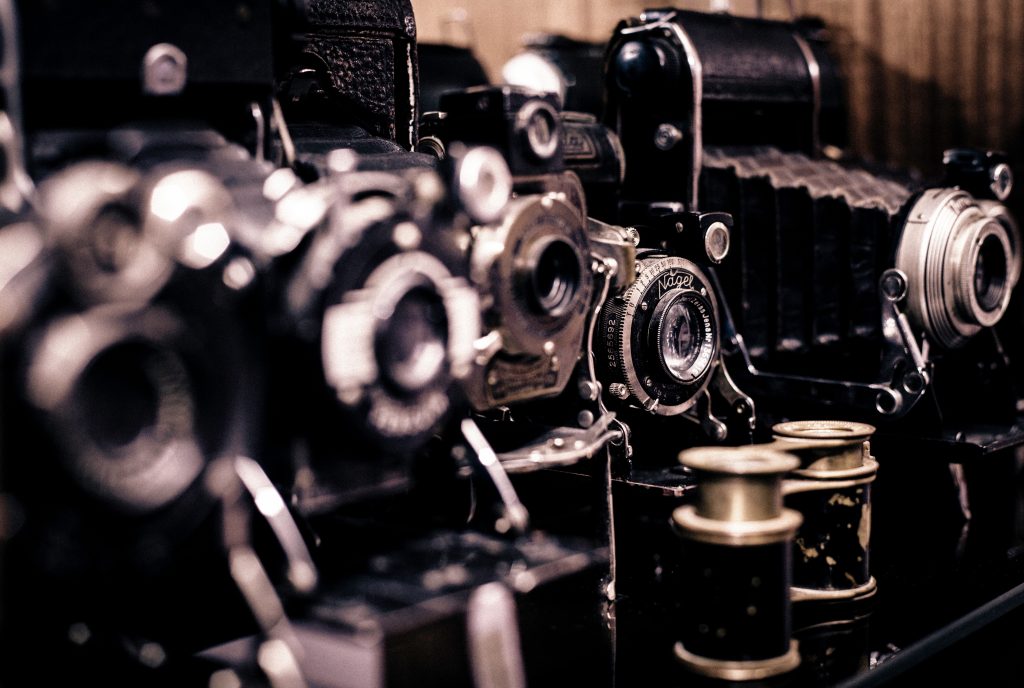 Do you remember the first actor or actress you had a crush on? I do. It was Mark Hamill and Harrison Ford. I was six when the first Star Wars movie hit the theaters and I fell hard for the farm boy from Tatooine and the smuggler with the fuzzy sidekick. And you could say I formed my first girl crush on Carrie Fisher, may she rest in peace.

While we may enjoy watching our favorite actors and actresses in action on the television or the big screen, they can inspire characters that we didn’t originally think of. Sometimes the character they play will spawn inspiration for another character that is the complete opposite of what we are used to seeing. And sometimes they inspire a similar character that’s the same but not the same.

Let me explain that last statement a bit further. I am a huge Johnny Depp fan. I love Captain Jack Sparrow. When my best friend and I started writing some Pirates of the Caribbean fan fiction, we discovered that our story had taken on a life of its own to the point that we took the entire fan fiction and completely rewrote it. Captain Jack Sparrow became the inspiration for our hero “Bloody Cutlass” Fletcher. Now, Fletcher, like Jack, is a pirate. He uses pirate lingo. He has a ship he loves. He fights with a sword. But that is where the similarities end. He is similar to Jack Sparrow, same but the not the same.

Let me give you a STRONG piece of advice: if you find yourself being inspired by a character from a movie or television show, especially if you see the same actor in the new role in your mind’s eye, make sure your character is different. You don’t want to be accused of plagiarism. “Bloody Cutlass” Fletcher has a very different backstory and mannerisms from Captain Jack Sparrow, even though in my head they both look like Johnny Depp.

While Plagiarism.org is geared more for the education community, it’s a good reference site for any writer who wants to make sure they have not plagiarized a character during development or writing. 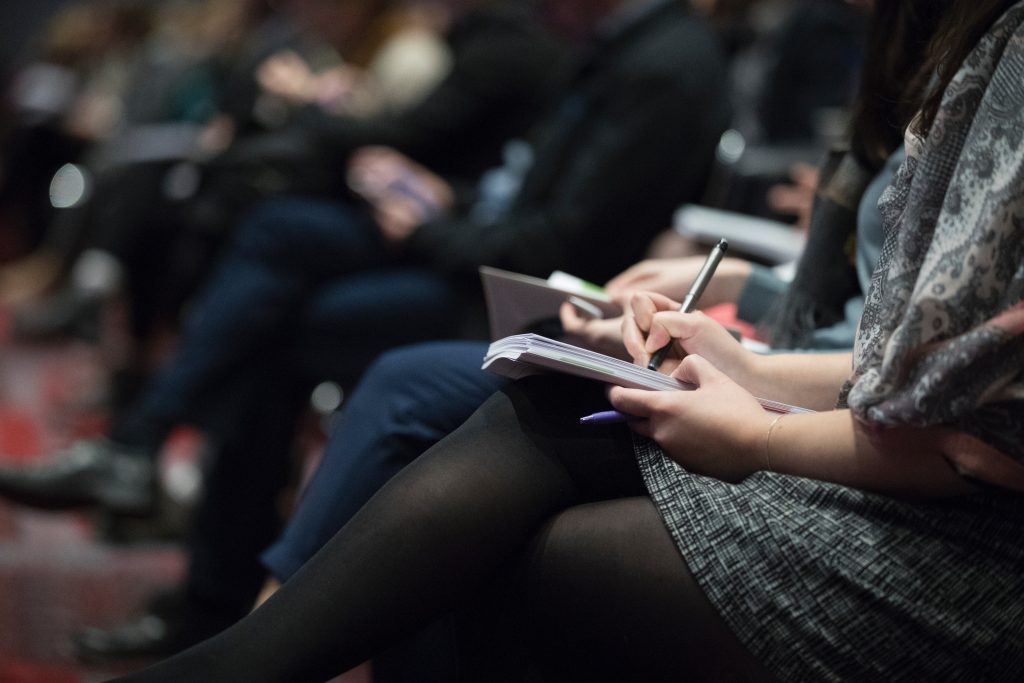 Have you ever just stopped and watched the people around you? I don’t mean just casually gazing at them as they go about their day. I mean really watch them. Who are these people? What are their stories? Strangers can be an interesting source of inspiration simply because we don’t know what their story is.

I shoot 8-ball pool on a team every Monday night and while I have met most of the people we play against, I don’t really know them. I know them in passing. While waiting to play, I watch the people around me. I watch how an opponent lines up a shot, how they chalk their cues, how they stand at the table. One pool player I knew actually duck-faced every time he got down on a shot. These are the little details that help you develop a character simply by people watching.

Start paying attention to the people around you. They could be co-workers, family members or just strangers you happen to see while waiting for a plane or checking out at the grocery store. Take a look at what they’re wearing, from clothing to jewelry to shoes. Listen to their tone of voice and observe their stance. The lady with the baby on her hip and the toddler tugging on her shirt may not be their mom. She could be their nanny or aunt. Even the most mundane people you observe could turn out to be the hero, heroine or villain of your next story.

Psychology Today released an interesting article, “The Expert’s Guide to People Watching.” It’s a good resource to help you really start finding inspiration in the people around you.

The World Around You 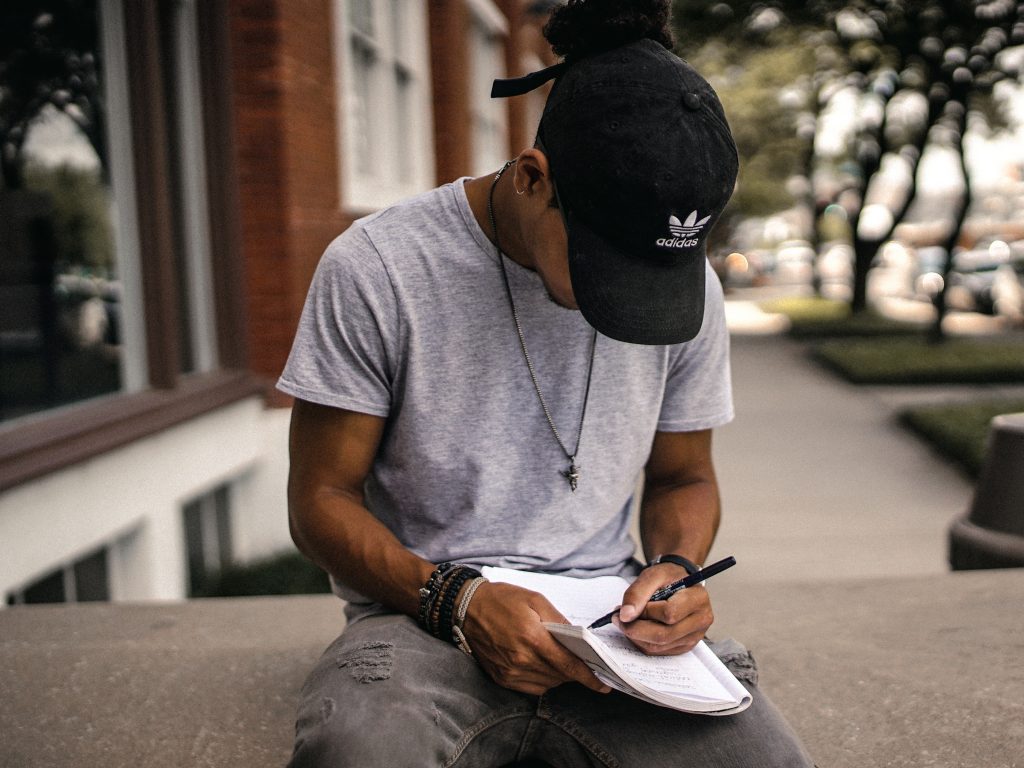 We are surrounded by sources of inspiration every day. The world around us, when we take the time to pay attention to it, is actually a very interesting place. How often do you notice the houses and store fronts that line the road when you are driving? When was the last time you noticed the birds singing or the absolute stillness right before a storm? The décor in a restaurant? The carpet in your favorite movie theater?

We live in a world where it’s very easy to get lost in our cell phones and other electronic devices instead of observing the world around us. For us writers, these electronics need to be a tool that allows us to jot down our observations. I’m not saying we shouldn’t bury our noses in our phones when we need a break from the world. I know I do it, but I make it a point to not let it dominate my attention.

My daughter and I came home from seeing Black Panther at about 2 AM. There were birds already chirping even though spring has yet to come to Texas. I stopped and listened for a few moments, simply observing the world around me at that time of day. It was cloudy with that odd glow you get when you live in a metropolitan area. I could see very easily up and down the road. The birds’ chirping wasn’t loud, but it was happy. Right there, just from taking a minute to observe, I have a setting for some scene in some future novel.

The website LifeHacker.com posted this article, “How to Boost Your Observation Skills and Learn to Pay Attention.” It’s a good read to help you start observing the world around you and finding inspiration in what you see.

And there you have it! I would love to hear about the things that inspire your writing. Maybe I’ll find something new to inspire mine.

Until next time, keep writing!