The Sidekick: Your Hero’s Voice of Reason 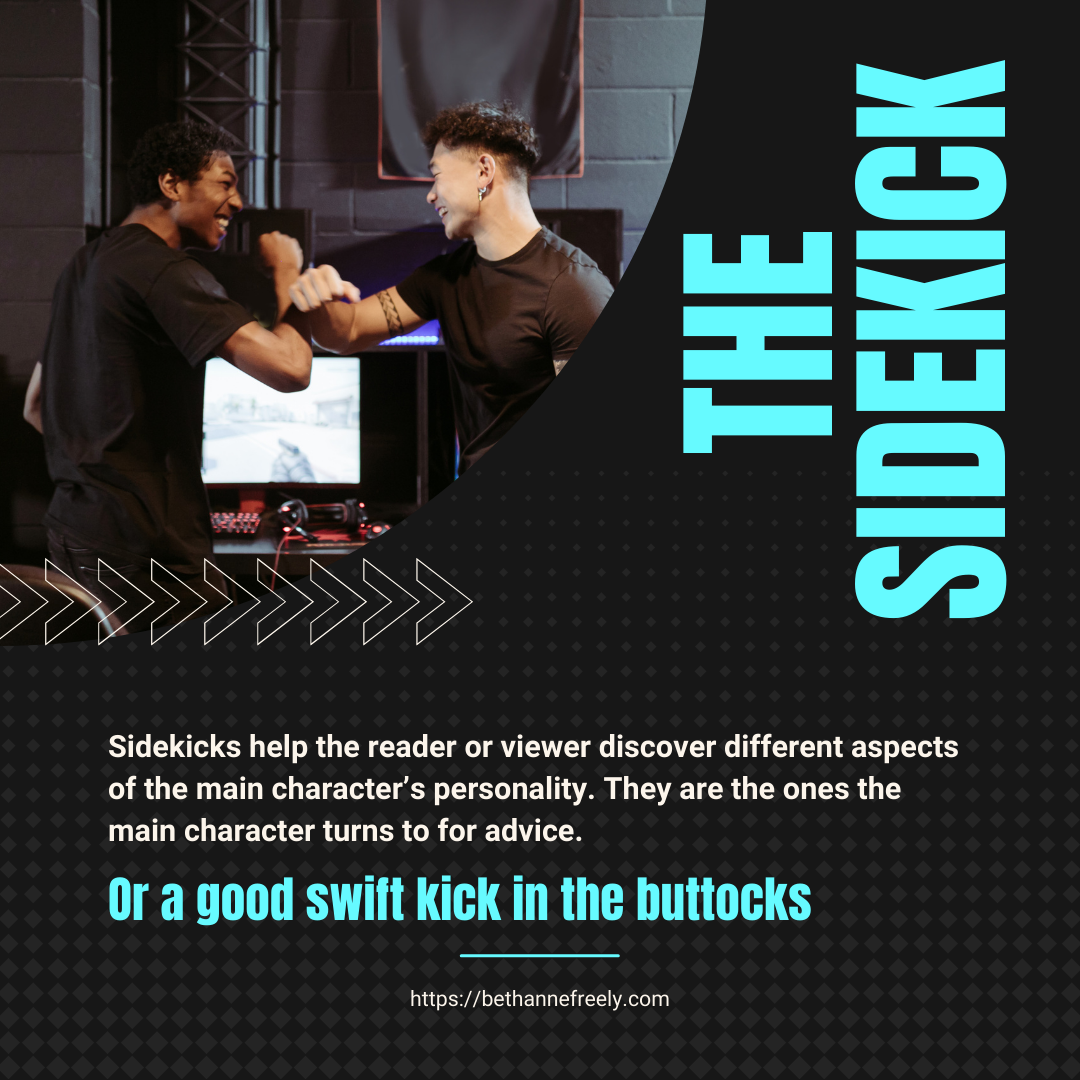 Dick Grayson. Bucky Barnes and Sam Wilson. Scooby-Doo. Samwise Gamgee. Wong. Jimmy Olsen. They all have one thing in common: they are the sidekicks, the voice of reason to their respective hero…or vigilante in Dick Grayson’s case. These are the close friends of our favorite fictional characters. It is their job to help the main characters see reason. They watch the other’s back. Sidekicks help the reader or viewer discover different aspects of the main character’s personality. They are the ones the main character turns to for advice. Or a good swift kick in the buttocks.

The role of the sidekick

When developed properly, a good sidekick is more than just the main character’s voice of reason. They can act as comic relief. Shaggy and Scooby-Doo is a good example of this. Anyone who has ever watched Scooby-Doo knows that this pair can lighten the mood during a “scary” scene. How many times have we seen Scooby jump into Shaggy’s arms…or vice versa? And let’s face it, classic Adam West “Batman” definitely got a few good guffaws from Burt Ward’s “Robin.”

Sidekicks are also useful in helping you define your main character’s strongest qualities, even if they are having problems feeling strong at the moment. Sam Wilson helped Steve Rogers find the strength to go up against Bucky Barnes in the movie Captain America: The Winter Soldier. He pointed out that Bucky might not remember Steve and that Captain America might not be able to save his friend. His “pep talk” helped Cap find the strength to go up against Hydra and save his friend. Sam not only helped strengthen Cap’s resolve but also became the voice of reason until Bucky’s memories were finally restored.

And in the television show The Falcon and the Winter Soldier, Bucky returned the favor, helping Sam realize that he was worthy to carry on Steve Roger’s legacy and carry the shield. Bucky provided the needed tension between Sam and himself to usher in a new era of Captain America.

A relationship worth investing in

When you decide that your main character should have a sidekick, you are investing in a relationship that is based on trust. When my co-author and I introduced “Mako Jon” Devereaux to our book The Legend of Captain St. Pierre, we were giving “Bloody Cutlass” Fletcher a best friend and the one person on earth he could trust. They have a detailed backstory, having grown up together, and facing betrayal together. In the end, Fletcher knew that “Mako Jon” had his back and always would, even when things went sideways.

You can also add a good dose of affection between your sidekick and the main character. That affection could be familial. It could be a good old-fashioned bromance. There should be loyalty to one another in the relationship.

Ask yourself, “what does my sidekick contribute to this relationship?” as you are fleshing out the character. Also, consider the following:

How your sidekick complements your main character

Are they loyal, truthful, and trustworthy?

What brought them together?

To ensure that you create a balanced sidekick for your main character, there are three things you want to avoid.

You don’t want your sidekick to steal the story from your main character. You want to make sure you give your sidekick enough page time and depth without under- or over-doing it. Sidekicks come in three main types:

· The Minor Sidekick – think Commissioner Gordon in Batman. For the most part, he still doesn’t leave a very big mark on the story, but his interactions with Batman are important. We see him for a few frames in a comic or a few minutes on the screen. But for the most part, he’s not helping Bruce Wayne be a better version of himself with advice and the voice of reason.

Understanding what type of sidekick you want to add to the story will help you develop them properly without going overboard.

Number 2: Giving your sidekick too comprehensive of a character arc

You have a lot of flexibility with a sidekick’s character arc. It can help lengthen your story by showing their struggle if you need more words, or you can shorten it if you are over your word count. As long as you connect their story to the main characters and the theme of the story, it will work well.

Number 3: The sidekick existing without a reason

Your sidekick needs to be realistic and have a reason to exist in the story. When developing your character, ask yourself:

· Why does the protagonist exist? Are they there to help or hinder your main character? If your sidekick is the voice of reason, the comic relief, or the tension with the main character, then they are a useful addition to your story.

Sidekicks help make your main character a stronger version of themselves. They provide comic relief, tension, advice, and more to your protagonist. Carefully crafted, a sidekick can be a great addition to your story.

Are you looking for help with your novel? Do you need a compassionate editor that will guide you towards making your book better with developmental editing, proofreading, and more? If you answered yes, then we need to talk. I provide professional editing services to fellow authors and help you improve your writing without being harsh or critical. Contact me at info@themusesfunhouse.com for more information. Let’s talk!